Over the course of the weekend, i had cause to visit my alma mata to celebrate 20 years of graduating from Secondary School. And from Thursday to Sunday, several of us, representing others who couldn’t make it gathered at Mayflower School Ikenne Remo to not only celebrate 20 years, but to give back to the school and above all honor our teachers.

END_OF_DOCUMENT_TOKEN_TO_BE_REPLACED

The recent turn of events in the national polity with calls for restructuring by various groups and Political Leaders brings to the fore, either a deep seated desire and hunger for proper governance and good federal structure. Or a selfish agenda to use it as a cheap route to political notoriety and relevance.

END_OF_DOCUMENT_TOKEN_TO_BE_REPLACED

I remember a song from our Mayflower Song Book, Merry Mayflower. Not sure which number it is but it was a poem written by Stephen Grellet titled “I shall pass through this world but once” modified into a song by the Late Dr. Tai Solarin.

END_OF_DOCUMENT_TOKEN_TO_BE_REPLACED

The traffic this morning was hectic and sort of absurd. As i got to my office and parked, i saw a Gentleman i often see around in my office complex walking past. We exchanged pleasantries and as i turned to walk off, he turned round and said, “I had wanted to ask you, i know your face somewhere, your face looks so familiar but i can’t place it anywhere…”

END_OF_DOCUMENT_TOKEN_TO_BE_REPLACED

Driving down to work this morning, i was listening to front page news on my favorite radio station, Classic FM97.3 and a story was mentioned that got me thinking.

It was a story about a Cleaner who found N12 million ($27,000) in a toilet and handed it over to the security till the owner of the bag came forward to claim it.

And a question rose within me, which interestingly, Jimi Disu, one of the anchors also raised, that people should swear, what they would do if they had found that money. And what struck me in particular was the fact that she earns N7,800 monthly ($37) which is far below the monthly minimum wage approved which is N18,000 ($85). (At the current exchange rate).

END_OF_DOCUMENT_TOKEN_TO_BE_REPLACED 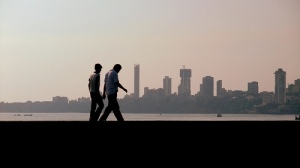 “May your road be rough!” Those were the words of a man i respect so highly, in person of the foremost educationalist, the late Dr. Tai Solarin. Back then in Mayflower School, we use to think the man was nuts for cursing us in such manner. But years have passed, we have grown wiser and come to see the wisdom and deep insight in those words of his and seen the practical reality in our lives…in my life……. Read more at www.samaderibigbe.com

“May your road be rough!” Those were the words of a man i respect so highly, in person of the foremost educationalist, the late Dr. Tai Solarin. Back then in Mayflower School, we use to think the man was nuts for cursing us in such manner. But years have passed, we have grown wiser and come to see the wisdom and deep insight in those words of his and seen the practical reality in our lives…in my life.

END_OF_DOCUMENT_TOKEN_TO_BE_REPLACED

“Out of the night that covers me, black as the pit from pole to pole..i am the master of my fate, i am the captain of my soul!”…..6 years i sang that song with my classmates in secondary school. Used to think it was just one of those meaningless songs with ungodly undertone. But maturity and the ways of life have made me realize, it’s a song latent with meaning, pregnant with words..unspoken. END_OF_DOCUMENT_TOKEN_TO_BE_REPLACED

“The alimentary canal of our state ministers does not digest gold”…Dr Tai Solarin.
With the recent spate of events happening in our country, one is left to wonder of our ministers or leaders particularly the presidency is interested in the welfare of their people.

It leaves a sour taste to the mouth when people elected(selected) to lead act inured to the happenings all around us. I am left to wonder the sanity if those who voted them in not to talk of questioning their own sanity that is, if they do have!!!

The spate of bombings in our nation has now reached a peak that i am wondering and asking myself, are we at war?

And of a truth we are at war! War against the forces of mediocrity that has taken over our nation, war against politicians that care only for their belly, war against figurehead presidency who does not know his right from his left. war against poverty, war against environmental nuisance, war against corruption and the list goes on and on…

All these have eaten deep into our fabric as a nation that we have lost all sense of decency and decorum to discern what matters most and what does not.

To us, everything goes inasmuch as it does not hinder bread from coming to our table, not disturb our sleep at night.

We can’t keep like this for long, its high time the docile giant in us gets up and becomes bold and courageous. High time we stop acting like idiots who allow themselves to be governed by an idiot worse off than them (Jonas).

The waters of the ocean never moves, until the tide moves with the wind…….

How Good People Can Get into Power - samaderibigbe

This episode is also available as a blog post: https://samaderibigbe.com/2019/02/17/how-good-people-can-get-into-power/