I remember exactly ten years ago, i woke up from a terrible nightmare. I remember getting up from my bed and heading to the kitchen to prepare breakfast and head out for lectures when the call came in that what time will i arrive at OOUTH. That’s when the reality hit me with the force of a sledge hammer banging a nail into a concrete wall!

END_OF_DOCUMENT_TOKEN_TO_BE_REPLACED 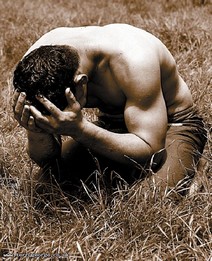 “Dear, i’ll be taking your car out to the market this morning, will be back by noon” Fadeke called to her husband who was still snucked in bed early saturday morning. “Can i go with you mummy?” Abe her 8 yr old son asked..”Sure why not she replied.”

Off they went to the market in Joe’s car, mother and son on a bright saturday morning It was fun and exciting for little Abe. At least he was away from home and the dreary house cores Grandma will make sure they do along his Brothers, Oye and Ope.

But little do they know what lies in store for them that they.

After the going around, haggling for better bargain and getting the boot of the car loaded, mother and son got into the vehicle at and left Bodija market en route home at Benjamin, Eleyele. On getting to Sango, She stopped to buy something by the road side and Fadeke could not ignite the engine when she was done.

So the car was pushed off the road to check and it was discovered that it was a kick starter problem, that the vehicle could be jump started.

Unfortunately, Fadeke, though being driving for a while now, did not know how to jump-start the car. Quite incidentally, they had stopped by the popular Sango Garage, so the Bus drivers were readily available to help. So one of them offered to help jump-start the vehicle while Fadeke got out and gave a helping hand to push the vehicle.
The vehicle was given a push, the man jump started the car and Vrooom!!! He zoomed off with little Abe in the car!!!!!!!

For a split second that looked like eternity, Fadeke was stunned so were the people who stood there. And when the vehicle disappeared from view, the reality of what happened hit Fadeke with the full force of a tornado. She screamed and threw herself on the ground right in the middle of the road and shouted out a prayer to God in her anguish, “God scatter the workings of that vehicle and give me my son hail, hearty and unharmed!!”

People tried to console her and rally to her aid, but there was no way to trace the car. Someone volunteered to race after the car, but valuable time had been lost and he had simply vanished into thin air with the car and little Abe in it!

In her desolate confusion, she ran into the road, and a vehicle overran her and the people all around were aghast at the turn of events wondering, “This woman whose son has just been kidnapped and her car stolen has been knocked down by a vehicle!!” But to the consternation of all, Fadeke rolled out from underneath the vehicle and shouted “Am alive oo!! There is nothing wrong!! Just get me my son!!!!”

The Sango Park Transport officials were in a quandary of what to do. They successfully identified the driver that took off with the car, but they could not locate where he stays in particular. The irony was, there was no mobile phone to use to communicate as we have now, it was a frustrating heart-wrenching period for all who were there.

Fadeke was taken to the Police Station which was close to the park to lodge a complaint, and a Police officer took down her statement and escorted her home to tell her husband, Joe who was due to travel later in the day on Saturday.

Meanwhile, Joe was getting impatient at home, waiting for his wife to return so he could end his discussion with her before he travels out-of-town.
Grandma was having a hard time getting Oye and Ope to understand why their Mum was not home yet with Abe since it was a saturday and they knew she wasn’t going to work and Daddy was at home too. She could hear Joe muttering to himself, wondering why Fadeke was taking such a long time to return home and she was getting agitated herself for she wanted to take her medications and sleep. But sleep was far with the two young boys roaming the house.

Suddenly they heard a knock on the gate and saw Fadeke accompanied by two Police Officers and 3 men… Joe was taken aback wondering what the problem was especially seeing Fadeke dishevelled and looking like she had passed through the Sahara desert and taken a dip in Ogunpa river. He asked, “What’s the problem? Where is my Son?”

Fadeke broke down inconsolable unable to speak, it was one of the men that spoke, narrating what happened. Joe was stunned to his marrow, Grandma, saw her world coming to an end. The questions, how? Why? When? What? came rumbling together like rivers approaching a confluence in Joe’s mind as he could not fathom what they were saying. He responded, “Find my son!!”

Grandma tried consoling her daughter, but she was at a loss herself… In her mind, a repeat scenario was playing itself out, for she had lost one of her sons years ago, he walked out of the house and never returned, in an apparent grudge with his family. And till date, reports of his whereabouts are known, but all communications cut off.

Grandma rolled on the floor in silent prayer of anguish to God, weeping and begging for mercy to find her Grandson, Abe.
Oye and Ope, stood wondering the turn of events. Even though Oye was 9yrs old, he saw the look in his mother’s eyes to know that he needs to keep Ope in check who was just 5yrs old.

But somewhere in this mirage of confusion, desolation and anguish, the prayer of a righteous man availed…God heard the cry of the desolate disoriented Fadeke and caused the impossible to happen.

Early this morning, i got a call from my younger Brother, “Hello Bros, Mama Adamasingba has gone ooo!!!” For a moment i was shocked and told him on the phone, its not possible. Burt why is it not possible?

This is a woman, 90yrs+ who has been on her back for about 10yrs due to an illness that left her paralysed and partially blind. This was a woman, who before she was rendered incapacitated, would come visiting us at home and ready to stand for us and fight for justice and fairness for us. END_OF_DOCUMENT_TOKEN_TO_BE_REPLACED

How Good People Can Get into Power - samaderibigbe

This episode is also available as a blog post: https://samaderibigbe.com/2019/02/17/how-good-people-can-get-into-power/